Is make-up, lipstick, hair dye, make up and all artificial attachments an abomination to God? 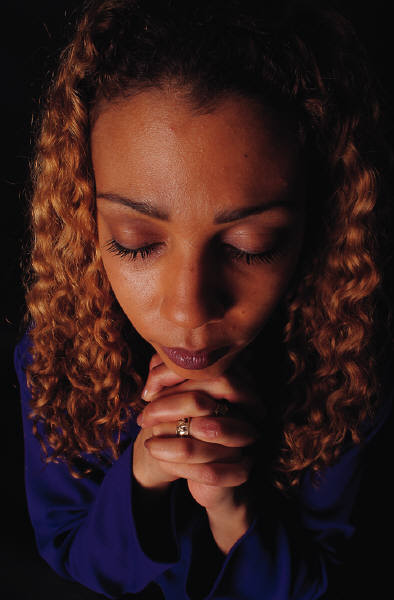 Fear the Lord and keep His commandments.

In a long time I have been debating and thinking of the best approach to addressing the issue of being artificial in the different ways that people do. I have been convicted that it is not right in the sight of God and thus I wrote this article. I agree that you also need your own conviction to comply but make it fast because time is not on our side.

I will give a list of examples, which is not exhaustive, of the things this article is referring to:

One major reason given for doing this is to appear more presentable to the world. Justifications may include covering up skin issues, supplement poor or grey hair, increasing confidence, video recording, etc.

In this post, I will outline some reasons that make me believe that it is SIN for anyone to use or do all these things. This message is directed to everyone in the world yet it is very critical for Christians that want to make it to Heaven after this life. I was hoping to write a book on this but then what benefit is it to the Kingdom when I await the day of publishing while people are dying and going to hell for missing the truth about these things.

I know that many woman, particularly the young ones are doing this out of ignorance and also because they have found it to be a way of life. It has become a culture that they inherit from their parents. However, this cannot be forgiven especially after being exposed to the truth. I know there are people that earn a living from offering these services.

Reasons why it is wrong

When I got married in 2003, I didn’t mind at all when my wife did these things because I believed it was an indication of living a contemporary lifestyle. I really had no much exposure to the Bible truths about God’s strict judgment on living our lives, particularly what we do to our bodies. If anyone came with this opposing truth to me at the time, I would have rejected his or her message. As a matter of fact, I did reject it in a night vigil when one man stood up to oppose woman hair attachments a few years ago.

Today I’m of a diffing view and below I give reasons why I believe God hates these things:

A lie is not only what we say wrong but it is how we falsely present ourselves to the world. For example, a person’s hair color, texture, skin complexion and eye color tells you the ethnicity of an individual. This should be the truth of what God made that particular person to be. If a person changes that, it is a lie to him or her. ‘Why does it matter?’ one may ask. It is because the devil is glorified when a person tells a lie.

If you search the internet for women who have been divorced by their husbands for false appearance, you will realize the lie people tell by using these things. This is because the lady may have appeared younger, with a lighter skin color or even healthier than they actually are.

Christians should know that no one who tells a lie will ever enter the kingdom of God.

God has crated us to be who we are. He designed us to differ in ethnicity on His own divine purpose. None of us were mistakenly born in Africa and therefore have to put on Brazilian hair to correct an error God made in the design. He made us and said, ‘we are perfect’. We are a product of His workmanship, wonderfully and fearfully made. No alterations are required.

Let’s take the case of a designer who finds his creation altered. The designer will immediately pick things that are not of his own in the design and come out clear to anyone that is looking at this design. The designer might even take legal actions against the person that altered his design, how much more God. Similarly, these things are not designed by God but man.

Allow me to give a simple analogy for this. Imagine a child that denies his or her parents features in his body. This child wanting to claim an Asian identity when s/he is an African is an obvious crazy endeavor. This will surely be hurting to the parents and they would desire very much the child would abandon this urge.

People must know that we are dealing with a super natural, unexplainable and far too big God that humans cannot fully comprehend. He is merciful yet so strict.

Once you are a Christian, you must understand that you are bought at a high price and your calling is to glorify God in your body (1 Corinthians 6:20). The body forms an integral part into our final judgment. Our bodies are the temple of the Holy Spirit (1 Corinthians 6:19). Sins are committed in the body and these are some that we often do not take serious.

Some people that use these things normally do so to parade their wealth to the public. It has become a means of expressing an affording capacity to the world. Such intentions amount to pride in the heart.

It is not a secret that a majority of the woman do these things to attract men. The devil is indeed at work with these things because the devil knows that men are attracted through what they see. I admit that men need some lessons on what a good Christian woman is. Unknowingly, many Christian women have attracted worldliness including non-Christian man to follow them just because of their artificial appearance.

1 Peter 2:12 instructs brethren to live lives that cannot be accusable by the world. Instead, our lives should be such that the world should glorify God just by our conduct. Christians are called not to live like the world.

No levels of indulgence are excused. Bleaching the skin is an abomination equal to dying the hair into another color. The true servant of God must listen and take the right steps forward.

Praying to God for an answer to this is the best thing you can do for yourself. We are children of the new covenant and we have direct access to God through prayer. God has written His laws in our hearts and if we are diligent and true to ourselves, His word will direct us to the truth as we endeavor to know him better.

I picked a YouTube video of a testimony by a black lady whom I believe lives in America, telling her story on how God revealed a similar message to her. I hope you will enjoy the video.

Tagged artificial nails is sin, attachments in the body is sin, make up is sin, perfect and fearfully made, weave is sin. Bookmark the permalink.

3 Responses to Is make-up, lipstick, hair dye, make up and all artificial attachments an abomination to God?