Asking from God to sin just for once 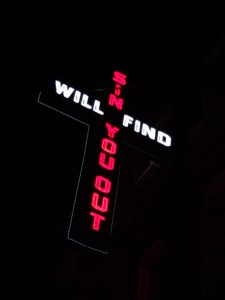 Living in this world exposes believers to lots of temptations. This is not surprising because Jesus Himself was tempted and the lesson we get from His case is that He conquered. Temptations will come and they do come to everyone but how you respond to them is what counts the most. Jesus is our example.

Some temptations overcome us because they point to our most wanted desires. In earthly terms, it wouldn’t be surprising for a believer to give in to temptation because he or she will receive a million dollar handshake. Similarly, if what you were to cover some area that would take you lots of resources for a sinful shortcut, you’d find some believers falling for that. Scenarios of such nature differ and there is no one way to explain this.

I have found myself in such a similar situation before and I’m sure you also can relate. In such situations, you’d want to pray a short and hopefully effective prayer to God to let you sin just for once so that you gain and then make up with Him again. Sadly, some Christians have prayed this prayer to quench their conscious that tells them the right and expected action but they still chose to fall into sin just for the gain.

Things to note about such a prayer

Too many times people argue on what constitute sinful practices and those that do not. The truth is that so many things have changed since the Bible was written. For example, at the time the Bible was written, there were no Binary Options, traffic road offences, the internet, etc. These are just examples of things on which you cannot get their answers on whether participating in such things are sinful or not.

What then should a believer use as a dictionary for sins? The answer is not simple but it is understandable to the one who commits to please the Lord Jesus Christ. Sometimes it works to put conditions to explain a point, which I will do to give an answer to this question. Think about the following:

Be aware of things that the world generally accepts yet God does not.

Tagged how to pray for an answer from God, pray to God for answers, sin for a moment, sin once before God, the ten commandments of Moses, what is sin. Bookmark the permalink.